But of course we won’t leave this cosy little capsule
Even if lack of progress will destroy the daily schedule
Because we are safer just to hang on in there, however long it takes
Missing all the deadlines and the subsequent heartache

Send for the Cavalry!

An expression sometimes used when we are in dire straits
Completely overwhelmed, the enemy at the gates
In essence, when we are facing a threatening emergency
Then that’s surely the time to call for the ‘cavalry’

Of course most of us want to remain independent
Coping with any crisis, mishap or accident
But just now and again events overwhelm
And we lose our grip, our control on life’s helm

It is then that we’re glad there is an external force
Who to our futile efforts might bring support
They will come to our rescue, respond to our call
Shoring us up just when we might fall

Who is this elusive cavalry, ready to swoop?
It might be one person or even a group
Friends might be willing to come to our aid
And our loving family will not see us betrayed

So it’s a good idea that you should keep in
With friends, even more so with your kith and kin
For you never quite know when help you may need
To summons the cavalry at breakneck speed!

What matters most when living life, to act or to reflect?
The truth is not just a dichotomy so simple
Life is neither all action filled, while thinking we neglect
Nor solely contemplation which all activity would cripple 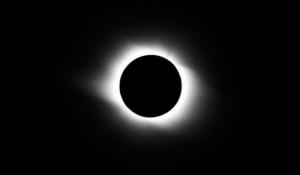 [Let’s hope our words match it]

The wicked pleasure of a sticky iced bun
Sometimes called a Chelsea bun or even Belgian
No matter what the label may be
Your villainy is chastened by having to
get your fingers covered in goo
What can match the sensuous pleasure
of biting into its spiral coil shot through with cinnamon?

Like all good things, it must come to an end
And there is no chance that it will extend
I mean those joyous six weeks of school holidays
When all thoughts of work just turn to play

Globe-trotters will have travelled to sunny shores
Others have found elsewhere to explore
For many it will have given a welcome space
Some new experience, new joys to embrace

Scholars may have studied and learned many facts
Others, perhaps more wisely, just took time to relax
Parents seeking with their kids a closer bond
While free spirits might have been tempted to abscond!

But for most of us auld claes and parritch is the diet we face
Perhaps we simply yearn for the commonplace
‘Cause notwithstanding all the excitement and thrill
The ordered life, the common task, does yet fulfil

Would You Credit It? Yet Again!
The Credit Crunch – Ten Years on
On the 10th Anniversary of the start of the 2008
Credit Crunch former PM Gordon Brown has issued a dire warning
the prospect of another one.

We’ve lost those days of easy spending
Supported by our banker’s lending
Good-bye to wine, blooms by the bunch
Thanks to the wretched credit crunch

How has this happened, what has gone wrong?
Failed to save for far too long?
Or in our dealings with the bank
Not always been entirely frank

It mattered not how you would pay,
Or from the contract you might stray
The banks were there to do a deal
No matter how that made you feel

Quite suddenly as if by stealth
The end of our financial health
No longer ever in ascension
Our house, our shares, indeed the pension

Well is there any consolation
Word of comfort for the nation
Perhaps it’s this – why do we trust
In things so quickly turned to dust?

The Wonders of Wales – revisited

Once again we have headed for the coast of North Wales
Whose attraction for us never seems to pale
Most of our time was spent on the Isle of Angelsey
In a little hamlet, well suited for rest and for play

Having exhausted the pleasures of Angelesey’s beaches
The short trip to the mainland makes it easy to reach
Llandudno, Penmaenmawr, and royal Caernarfon
And Snowdonia’s mountains there to be climbed on

Llandudno is a seaside town you really need to see
Its pier, long promenade where Punch & Judy still brings the kids much glee
There’s the Great Orme tramway, Happy Valley and even some copper mines
Shops to spend your money and restaurants for food and wine 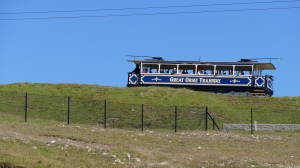 For the tourist North Wales offers many attractions
Scenic railways, slate mines, Bodnant Gardens bring much satisfaction
And wherever you go or whatever you do
To have chosen Wales you will never rue 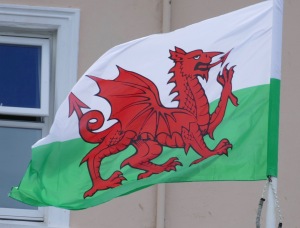 The writers have enjoyed world renown
Shaw, Yeats, Beckett, Swift and Heaney all owned this town
But science was never neglected there
Of Robert Boyle, Ernest Walton, and Kathleen Lonsdale you will be aware