Bubbles exclude the unfamiliar
Challenges, threats or risks quite similar
Trapped amidst the commonplace
Enveloped in our own safe space

But could bubbles e’er be too restrictive?
Timorous living too prescriptive
Pierce the bubble’s protective skin
A life of freedom might begin

Am I being Unreasonable? 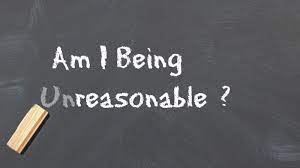 Am I being unreasonable
When I say you’re getting fat
It looks to me you’re becoming
A bloated plutocrat!

Am I being unreasonable
In whatever I say
Perhaps I should pipe down
And call it a day!

Deck Chairs on the Titanic

What can we say to all those doom-mongers
Who keep warning us of impending disaster?

Every significant issue has become an Existential Threat

What will we do when mineral resources are exhausted?
Our underground banks will then be busted
As water levels rise we’re inundated
Islanders’ future so ill-fated
Greenhouse gases perpetual warning
Of planet earth’s continuing warming

How does this relate to the Titanic chairs?
Such tinkering amidst awesome affairs
What’s the point of mortal action
Yielding such futile reaction
But shifting chairs may signal hope
The human spirit may yet cope

You don’t need to be asleep to get a wake up call
Early in the morning, right through to dark nightfall
It’s a metaphor for a message that promptly galvanizes
The significance of which our mind sharply recognises

What on earth is Blue Sky Thinking?
Well, perhaps it’s not on earth at all
Rather it is more above the earth, than on it
High up in the clear blue yonder

From the blue sky thinking, innovative visions
Inspirational ideas, novel solutions, ingenious products
Will scatter down in thought showers
To engulf the minds, and stimulate action

However, all might not be lost
Sometimes we need to lift our eyes
To the blue sky, to penetrate the dull clouds of tedium
And motivate ourselves for daily living

Perhaps as we (hopefully) emerge
from the constraints of the pandemic
The shimmering blue sky will bring
New hope, new life, new beginnings

Have you noticed how the unconvinced
Always have to ask – “what about”?
Their scepticism pervades all their thinking
They simply must find some flaw, some snag
Some doubt to cast on the validity
Of any proposal or plan or strategy

Perhaps they think they are being clever
In highlighting some omission or error
Which renders your suggestion untenable
What about the cost? The inconvenience?
The deconstruction of the existing situation?
Have you not considered the stumbling blocks?

Perhaps these naysayers might claim
They are only being prudent
That caution should precede action
That hesitation might be wiser than precipitation
They might even ask the complete showstopper
Whatabout doing nothing instead?

Enterprise is based on taking risks
Agreed that potential dangers should not be overlooked
But if whatabout is worth anything
We should reckon whatabout the failure to act?
Whatabout the missed opportunity?
Should we change the question from whatabout to howabout?