The Massive Indifference of the Universe

One of Thomas Carlyle’s characters describes a
“Universe…..Void of all life, of Purpose, of Volition,
Even of Hostility………”

Have you ever thought whether the Universe cares
about us, or is massively indifferent to our plight
and predicament?

We might vaguely realise that here we exist on one
tiny planet, a satellite of our star the Sun, set within
our Galaxy the Milky Way whirling round within the
infinite void of space. But so what?

It seems to me that the issue of Indifference
is a human response. It signifies a lack of concern
or sympathy

Yet humans have indeed shown much interest in
the Universe – particularly through scientific
exploration or philosophical and
even theological musings
but have we noticed any reciprocal speculation
from the void?

So humans may not be totally indifferent but is
The Universe?

I suppose this matter of Indifference or concern
might be related to whether there is any Purpose
in the Universe. Why was it created [if indeed it
was actually created] and what is it for?

It seems to me that it is Humankind [in however limited
a way] which has taken the intiative to make sense
of what the cosmos is all about, and as a result
of such hypothesising has begun to wonder
what’s the point? Are we the only ones that care?

But humans don’t give up hope. 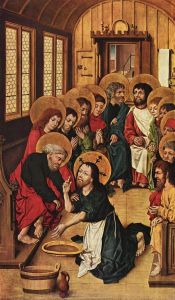 That mysterious hum
Is it from outer space?
Indeterminate
It’s source we cannot trace

Today is Epiphany – in Biblical terms
The Manifestation of Christ to the Gentiles
The Magi, guided by the star seek the Christ Child
But what is our epiphany?

To-day we often call it an ‘aha’ moment
A sudden revelation or insight
A new discernment, greater awareness
A flash of comprehension

Perhaps within the midst of the
Fogging of our thoughts,
The tedium and ennui of these dark days
We too might be galvanised by inspiration

Shake off the dolour and melancholy
Raise our vision to an emerging horizon
Enliven our perception, press on to
The sunnier uplands of 2022

Is there such a thing as
Hands-on Philosophy
Or is it all too airy fairy
Pie in the sky?

Who can make sense
Of the study of the
Fundamental nature of
Knowledge, reality, and existence?

Well that seems to be
The agenda for the
Aspiring philosopher
Mind blowing!

From deep thinkers of the ancient world
Thales, Pythagoras, Heraclitus
Socrates, Plato, and Aristotle
Every one had got the bottle!

In every decade
Philosophers exercised their minds
In wrestling with logic, free will
Happiness and conflict

But was any of this Hands-on?
No doubt it was brain engaging
But just as faith without works
Is said to be dead

So what, you might say
Can a thing, an idea, an object
Not simply exist for itself?
Surely that’s philosophy