The Bible – A Guide to Life? 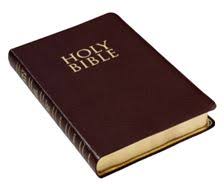 What is this tome revered from ancient days?
The story of mankind from Eden’s primal dawn
Law given to the tribes to guide them in their ways
God’s presence near at hand, at times withdrawn
Lives of Kings and patriots, prophets even slaves
Warfare, division and internecine strife
Trials by famine, pestilence and plague
Under God’s burning sun they lived out life
Tales of heroes, giant killers, suffering servants
We discover all that reflects humanity’s condition
Flawed leaders, faithful women, righteous peasants
God’s provision, eternal love, abiding protection
In testaments old and new His dealings are revealed
Breach between creator and created is thus healed